This year, for the first time, many of the festival talks were video’d, and we have now edited and made available these talks.

In this international symposium the Make Lewes Festival sought to draw together a diverse line-up of speakers to weave together a series of talks highlighting the connections between architecture and sustainable building culture and the afternoon’s overall water theme.

Architect Niklaus Graber, curator of Bengal Dreams, the major Swiss Architecture Museum exhibition currently touring Europe, provided an in-depth exploration of the relationship of architecture and water in the Bangladesh delta, where, with the majority of this populous nation’s land sitting at below sea level, there is a need to work carefully with water at all levels of society, including the built fabric.

Our final speakers were from Berlin. But they were presenting at Building With Water because of the consequences of what is happening upriver from other massive highland river damming projects, this time on the Turkish and Kurdistani Iraq border. Leon Radeljic from ZRS Architects/Engineers and Leif Hinrichson from the Jiyan Foundation, shared their story of a remarkable project, theChamchamal Healing Garden for Victims of Torture and War Trauma, in the city of Chamchamal, Northern (Kurdistani) Iraq. The project includes buildings using traditional rammed earth techniques, once popular, now perceived to be old fashioned, amidst a well-cultivated garden and animal sanctuary. The garden, and other aspects of the project are only possible because of the integration of a decentralised water purification system, which ensures water for the garden’s plants to grow and be cultivated. This in the context of Iraq facing water starvation, drought and worse because of the Turkish Government’s control of the dam’s in the upland border region of the two ancient rivers, the Tigris and Euphrates. Once again the naked powerplay of politics was uncovered and visible, though with the Chamchamal Healing Garden an inspirational counter-example had been placed in front of the audience, graphically proposing the reach of the possible and a sign of hope in the future

As the symposium’s closing speakers ended the afternoon we had travelled from the low lying delta of Bangladesh, through the pragmatic concerns of sanitation, the technological adaptation of floating architecture, and the symbolic loss of water world’s embodied in performance art, to the highlands and uplands of Iceland and the Middle East, all connected to each other by the flow motion world of Planet Water. 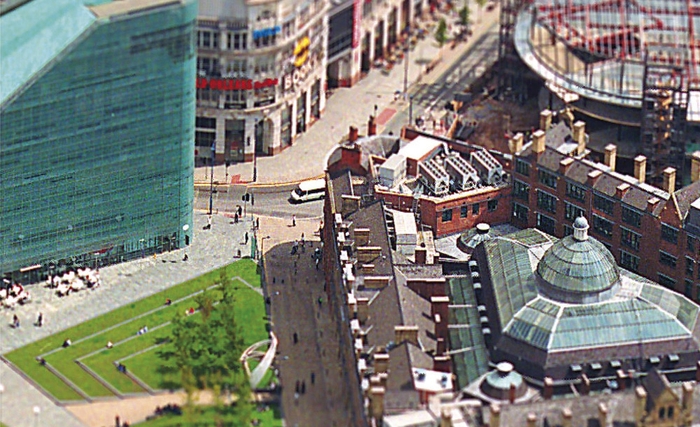 In the run up to the general election MakingLewes are hosting a new series of talks, taking their lead from the election and after, on the future of architecture, housing and the impact of new technologies.

Anna Minton is a writer and journalist, who contributes regularly to The Financial Times, The Guardian and the BBC. She is the author of Ground Control: Fear and Happiness in the Twenty First Century an ‘acclaimed polemic’ in defense of the public realm and against the growing transformation of Britain’s streets into privatised space over the last thirty years. Minton is a Reader in Architecture at the University of East London, and has been author of a number of influential reports on the future of Housing for the Joseph Rowntree Foundation, and The Institution of Chartered Surveyors, amongst others.

Alastair Parvin is one of the original catalyzers of WikiHouse – the Open Source Architectural and building network, which has been taken up all over the planet and triggered a wave of independent WikiHouse designs. Parvin is part of 00 Architecture, the radical architectural practice known for their fusion of the latest in social media with a progressive architectural agenda. He has authored Right to Build, an examination of the housing industry and polemic for a new social media aware self build revolution.

Jay Merrick has been architecture critic of The Independent for 14 years, following an earlier career in news and environmental journalism. He writes regularly for Architects Journal, and has contributed to Deutche Bauzeitung, Blueprint, Building Design, Monument (Australia), Quotidien de l’Art, New Society, and the London Magazine. Jay has written central essays in architectural monographs for practices including Grimshaw and Partners, Wilkinson Eyre, Schmidt Hammer Lassen, and Arup Associates. He also works as a regular consultant for architectural practices. Jay has also written on art-related subjects for The Independent, Architects Journal, and Goodwood Magazine. His novel, Horse Latitudes, was published by Fourth Estate in 1999.

*Elephant & Castle Talks take place in the upstairs events room of the pub. Drinks available at the bar.

Open Source Architecture is a growing approach for designing buildings, where the design tools, plans and other materials are freely available, so that anyone can use them, rather than protected as copyrighted intellectual property.

Generally viewed as the architectural version of open source computing, and as analogous to hardware and software designed to be openly accessible and can be used by anyone. Cooking is often used as an example of one of the earliest forms of open source activities, a menu which anyone can cook from, share and change ingredients with anyone across space and time.

Like open source computing anyone, can add, adapt and rework designs which, again, can be used by anyone else. Open Source Architecture is being driven by a current, younger generation of designers, who see it as a part of a wider technologically informed tool-kit, enabling customised designs to happen on or close to a site. The new generation of tools include CNC routers, FABlabs and the internet of things. Some believe it is a part of a new ‘emerging paradigm.’ Of course, the arrival of the computer didn’t inaugurate openly accessible architectural design. Vernacular architecture is cited as the original open source architecture, with menus for designing buildings passed on from generation to generation, adapted, improved and updated as types are tried and worked on.

A good example of an architect developing a design and detailing system and making it available to all is what’s called the Segal Self-Build Method, named after Walter Segal, the community architect. Here are a few examples of how Open Source architecture is growing through the Internet. 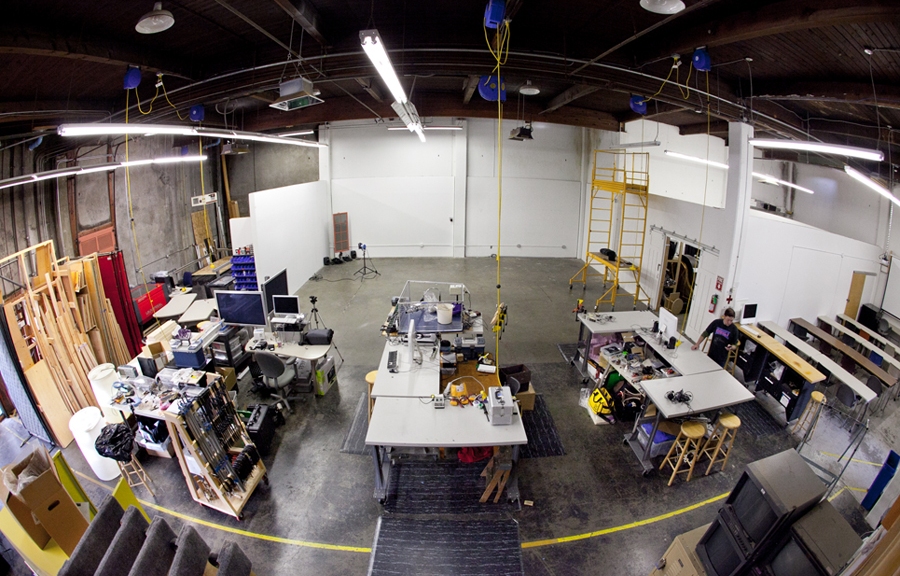 Abbreviated from Fabrication Laboratory, FabLabs have been popping up all over the place (see here for a world map) and are essentially digital fabrication resource centres for open source designers and makers to use of otherwise prohibitively expensive machinery and technological kit. Kit often available include CNC routers, laser and other cutters, and rapid prototyping machines such as 3D printers. Again very much part of the open source design revolution, FabLabs are seen as an essential piece in the suite of digitally empowering jigsaw, enabling what was hitherto only available at expensive mass production levels, to be customised and open the door to making ‘almost anything.’ A Fablab Charter can be found here.

FabLabs are the accidental brainchild of Boston MIT’s Neil Gershenfeld. A tech-head in the classic MIT mould, Gershenfeld developed Fab-Labs out of a collaboration with the Grassroots Invention Group. Since the idea of these low cost, network based grassroots labs got rolling Gershenfeld has been at the centre of subsequent developments, such as the FabFoundation and the Fab Academy, A Fab-Lab Open University scenario (kind of!).

FabHub – Another, this time, UK focused list of hubs.

FabLab City – Barcelona, Spain. This is an obvious next step; linking a network of geographically close Fablabs – cross-fertlising, sharing and supporting each others work, Barcelona, which also has aims to be a self-sufficient city has been developing its FabCity network, “an interconnected community of neighbourhood fab labs”

If you’re thinking this is all very well, but what does it have to do with eco-stuff, stop in your tracks for a minute, because Barcelona’s FabLab network is also about food and agricultural production. Valldaura is Barcelona’s self sufficient eco-fablab which is carrying out all sorts of natty experiments mixing appropriate – 21st century style – tech with food production and growth, including – they claim! – the first ever ‘intelligent bee hive’! Ok it’s experimental, but its food for thought, imagine a Lewes based Eco-FabLab collaborating with local farms on a host (and hive) of experiments, and you get the point. 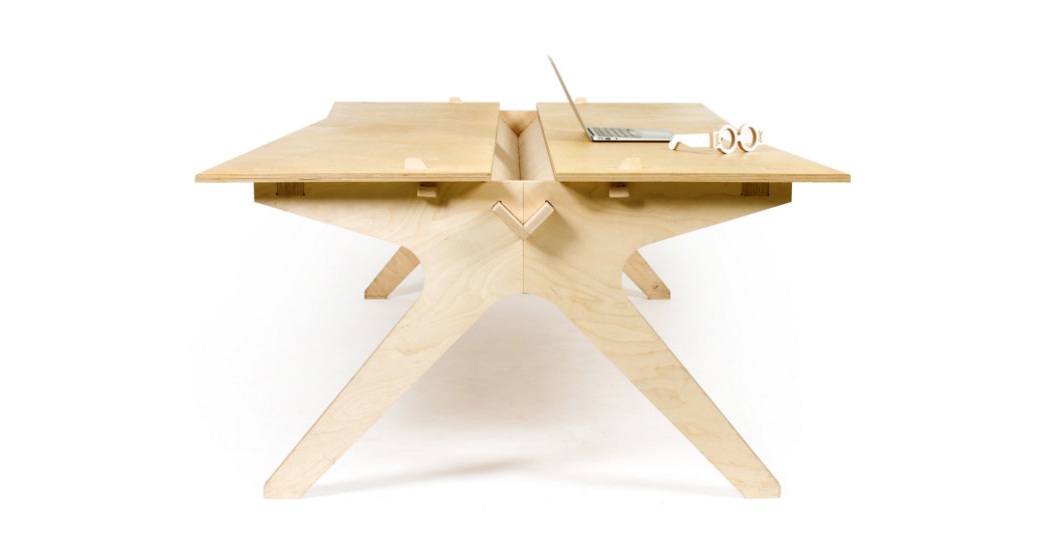 Open Design is a closely related, indeed overlapping open source field of sprawling activity, focused on the whole design world. Architecture, in a sense can be part of Open Design, but so too can software and hardware, desk and table design and 3D printers and CNC routers.

Again, much of the impetus for Open Design is coming from the digital world, but of course is not the origin of free, accessible design. This has been around for aeons, determined by anyone who wants to make their design work available. In the current moment however, open design is growing because of tools, information and capacity to share and discuss amongst the drivers propelling its growth across the planet.

For the curious here are some Open Design links to get juices going :

The intriguingly named London-based Architecture00:/ are involved various open source projects. WikiHouse is the one most directly related to Open Source Architecture.

WikiHouse declares it is an open source construction set which provides all the parts (software, designs, details) to make – or print – your own CNC-milled house, which can then be put together and built into someone’s very own dwelling. WikiHouse has taken off across the internet so that a mushrooming of designs can be found on WikiHouse’s Open Library, with designs independently evolving in as far flung parts of the world as earthquake ravaged Christchurch, New Zealand, North America and the Netherlands.

So far no houses (or homes) have been completed, only test projects, but with each iterative development a genuine WikiHouse is getting rapidly nearer. To get a sense of the kinds and spread of projects look at the WikiHouse news page.

The June 2011 edition of the Italian Domus architecture and design magazine (in English) is a special edition on Open Source Architecture.

The Open Architecture Network is a web-portal run by Architecture for Humanity, facilitating anyone to share architectural and building design to the worldwide AfH network. With over 15,000 designs to be shared, discussed and improved by all those who are part of the Open Architecture Network, with particular emphasis on improving conditions on the ground and the built environment across the developing world. In AfH’s words the network “allow’s designers to work together in a whole new way, a way that enables 5 billion potential clients to access their skills and expertise. The network has a simple mission: to generate not one idea but the hundreds of thousands of design ideas needed to improve living conditions for all.”