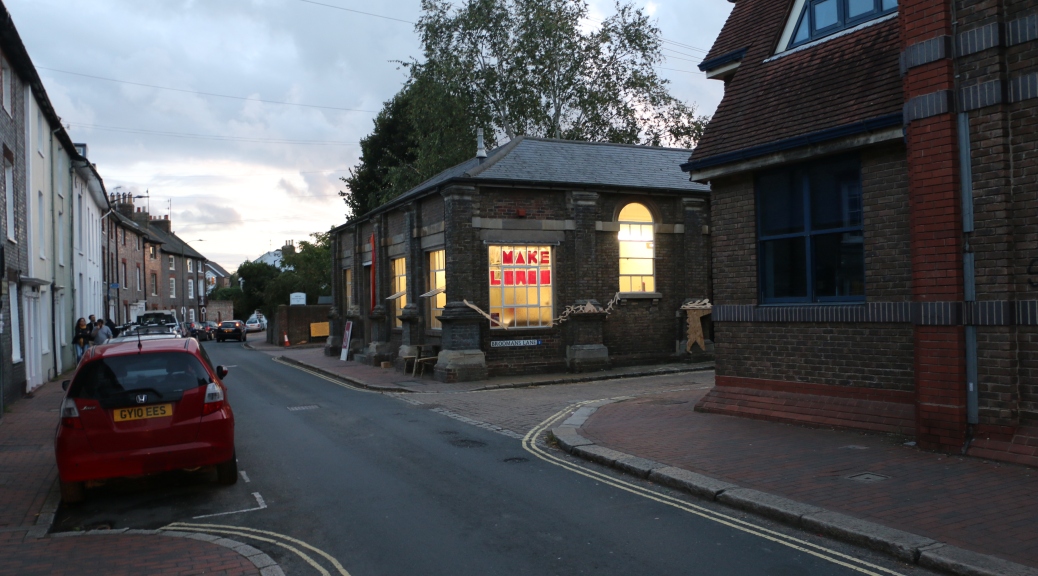 A Maker Space for the 21st Century

Making Lewes is developing plans for an original and distinctive Lewes Maker Space.

With Lewes District Council’s rethink decision on the future of the Turkish Baths (see here), on thursday, 23rd February 2017, Making Lewes will be submitting a more detailed proposals for our envisaging of the Maker Space.

Download our first draft lewes-maker-space-v1 and let us know what you think. Email us if you want to get involved – info@makinglewes.org

The Lewes Maker Space will be a community and educational hub for the town and environs while also acting at the national and international level.

Abbreviated from Fabrication Laboratory, FabLabs have been popping up all over the place (see here for a world map) and are essentially digital fabrication resource centres for open source designers and makers to use of otherwise prohibitively expensive machinery and technological kit. Kit often available include CNC routers, laser and other cutters, and rapid prototyping machines such as 3D printers. Again very much part of the open source design revolution, FabLabs are seen as an essential piece in the suite of digitally empowering jigsaw, enabling what was hitherto only available at expensive mass production levels, to be customised and open the door to making ‘almost anything.’ A Fablab Charter can be found here.

FabLabs are the accidental brainchild of Boston MIT’s Neil Gershenfeld. A tech-head in the classic MIT mould, Gershenfeld developed Fab-Labs out of a collaboration with the Grassroots Invention Group. Since the idea of these low cost, network based grassroots labs got rolling Gershenfeld has been at the centre of subsequent developments, such as the FabFoundation and the Fab Academy, A Fab-Lab Open University scenario (kind of!).

FabHub – Another, this time, UK focused list of hubs.

FabLab City – Barcelona, Spain. This is an obvious next step; linking a network of geographically close Fablabs – cross-fertlising, sharing and supporting each others work, Barcelona, which also has aims to be a self-sufficient city has been developing its FabCity network, “an interconnected community of neighbourhood fab labs”

If you’re thinking this is all very well, but what does it have to do with eco-stuff, stop in your tracks for a minute, because Barcelona’s FabLab network is also about food and agricultural production. Valldaura is Barcelona’s self sufficient eco-fablab which is carrying out all sorts of natty experiments mixing appropriate – 21st century style – tech with food production and growth, including – they claim! – the first ever ‘intelligent bee hive’! Ok it’s experimental, but its food for thought, imagine a Lewes based Eco-FabLab collaborating with local farms on a host (and hive) of experiments, and you get the point.