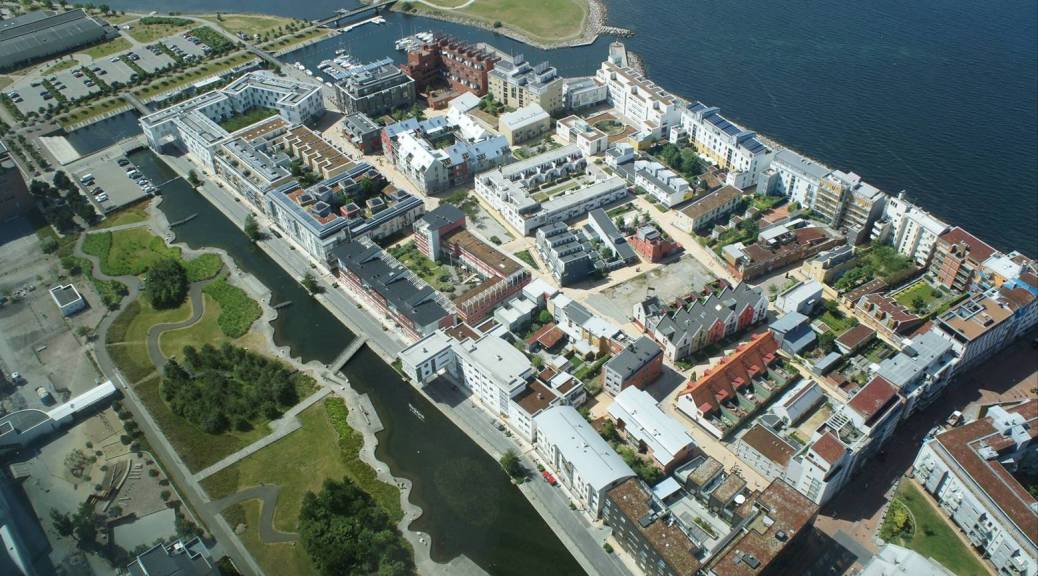 Bo01 – Malmo. Those watching the Danish-Swedish TV thriller ‘The Bridge will likely know where Malmo is, (the other side of the Bridge from Copenhagen.) What isn’t apparent from tv is the Bo01 eco-district along Malmo’s old dockland harbour front.

Opened in 1998, and showcased in a housing fair in 2001, Bo01 has grown in the intervening decade. Bo01 is a showcase for integrating  many aspects of sustainable building culture on a large scale, and has become a major influence on the development of green cities world-wide. On this wider agenda see here.