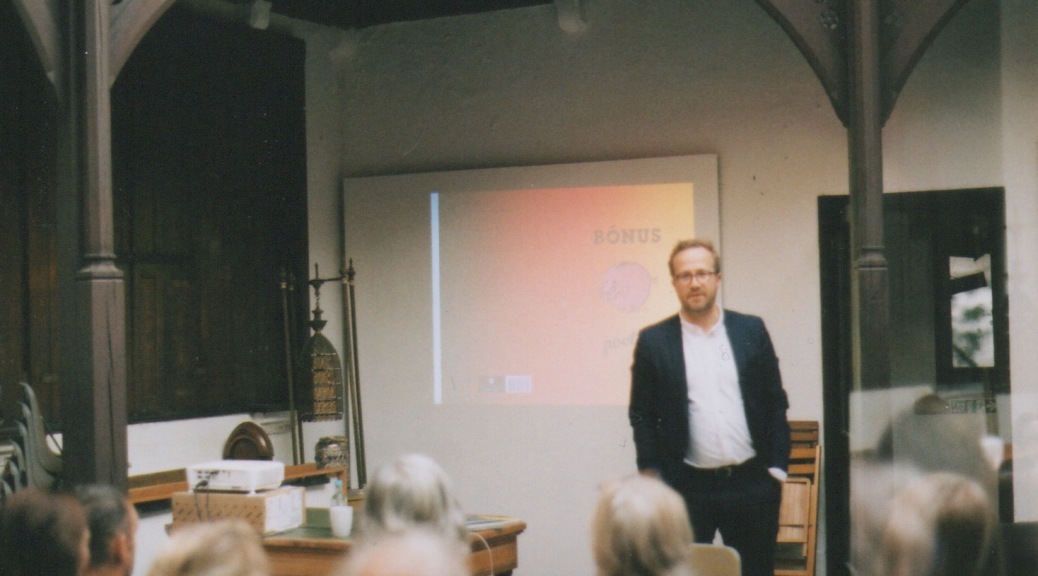 Andri Snaer Magnasson began in on his super-entertaining, very funny and completely serious tale of what brought him to the southern reaches of Britain. Magnasson began with his attempts to get published – eventually through local supermarket magnates Bonus, before gradually building to his central involvement in large scale public protests and attempts to stop a massive dam project of central Highlands Iceland – the largest in Europe – which provided electrical energy for an Alcoa aluminium plant on the island’s Eastern coast. Though ultimately unsuccessful, through his Dreamland book and film activism Snaer was influential in shifting public opinion against damming of Iceland’s rivers and the destruction of its wildlife wetlands. By the end of his riveting story Magnasson had brought the house down, with his off-centre humour, had the MLF audience in the palm of his hand, and had imparted with radical lightness of touch, one instance of the water wars on the small mid-Atlantic island. 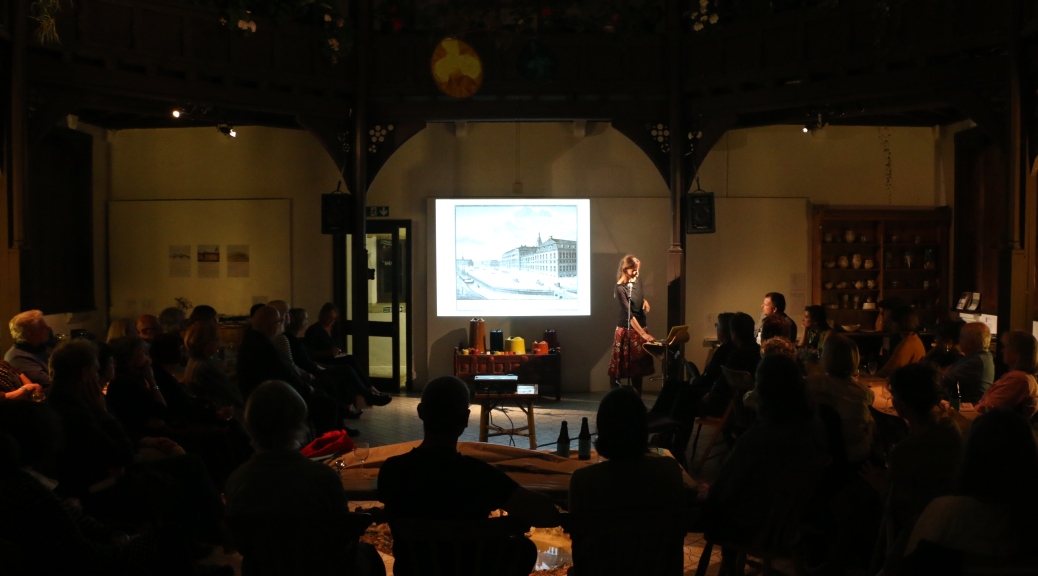 Making Lewes’s autumn 2017 series of talks turned into an impromptu mini-festival, though happening over a longer than usual six-week time frame. The title referred to Making Lewes’s range of themes encompassed by the talks. The six evening events, running from late September through to early November, were hosted in Lewes’s newest arts venue, Fitzroy House. A one-time Victorian library, by George Gilbert Scott – architect of St Pancras Station Hotel – its Neo-Gothic atmosphere is particularly powerful in the main octagonal library room where the talks were held. 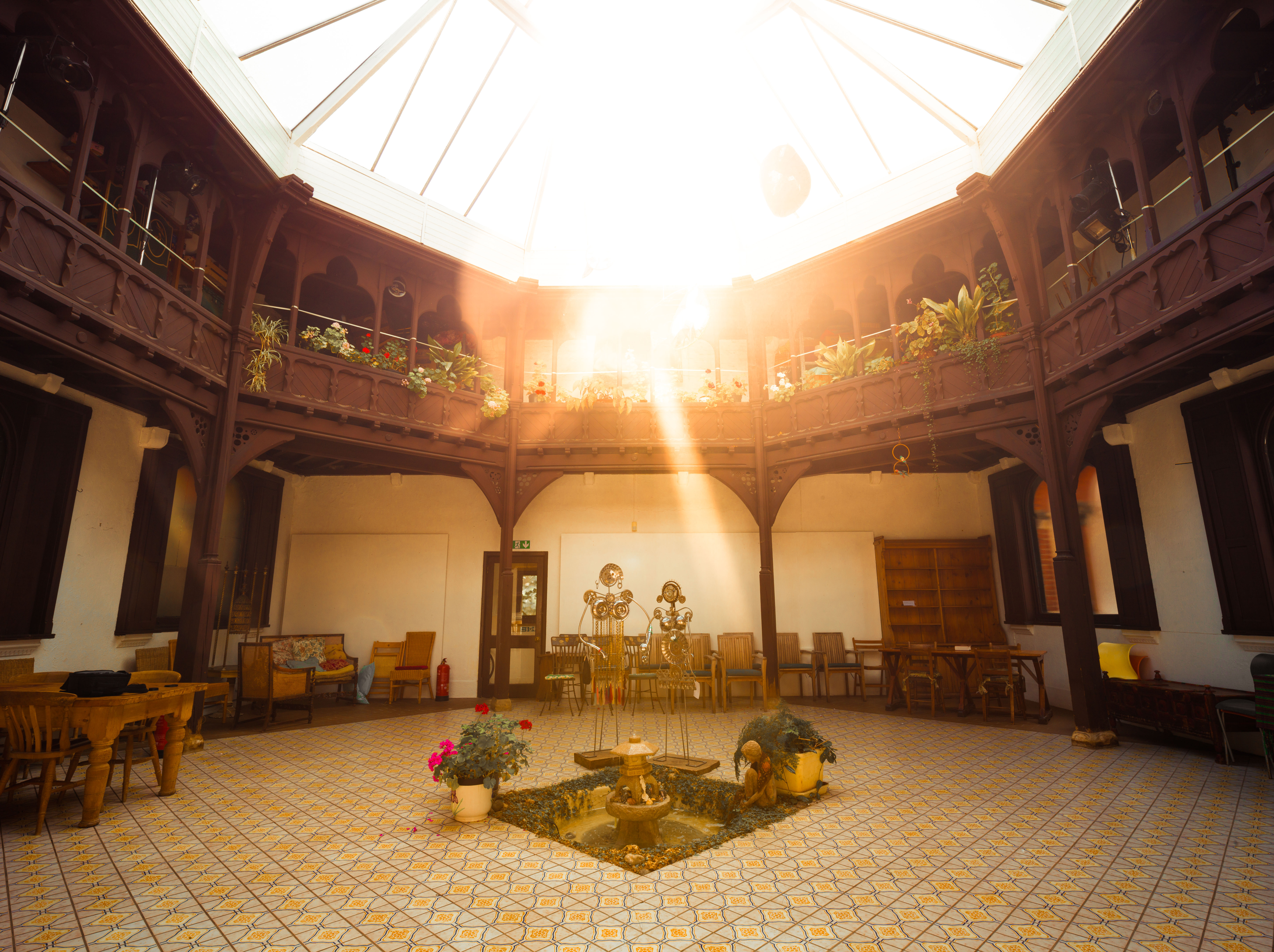 We welcomed Anne Mette Hjortshøj all the way from the Baltic Sea island, Bornholm, known across Europe as a centre for crafts and particularly, ceramics. 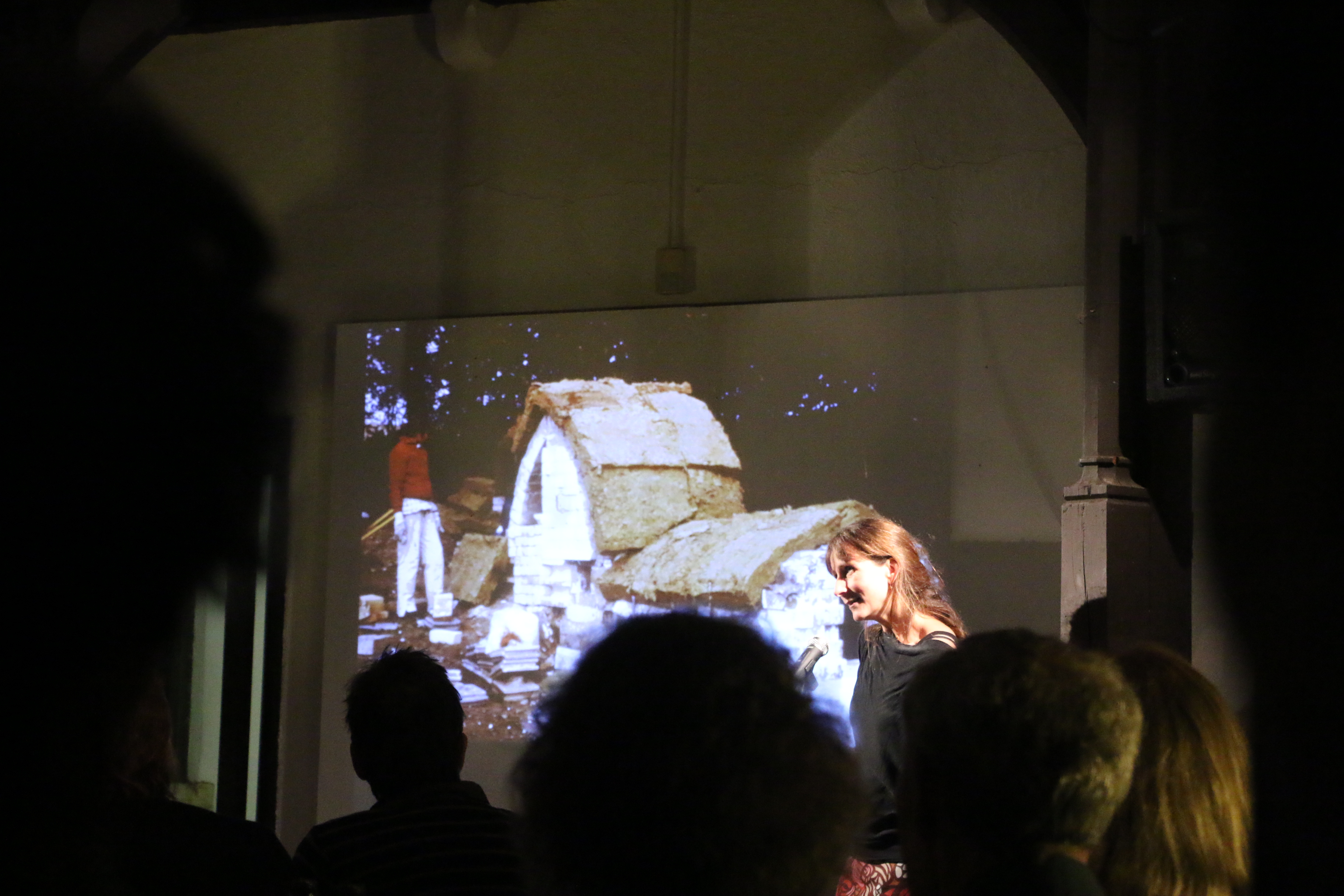 Anne Mette’s warmly appealing talk, about her and the island’s pottery traditions, told with a lightness of touch easily won over the Lewes audience.  Alongside Anne Mette, Lewes’s very own Tanya Gomez  gave an equally absorbing talk about her ceramic works and the connections with the sea and traveling. Both speakers were part of the larger Making Lewes – Collaborative Kaleidoscope launch event, mixing a sit-down vegetarian supper in between talks, along with a showcase exhibition of invited Sussex potters titled Cooked, Baked and Fired Again.

Our next two evenings were given over to architects, though very different types of architects. Nabeel Hamdi is internationally recognised in the development field for his work on participatory processes and community engagement in housing and other building projects in many parts of the developing world. Hamdi’s talk, titled Building a Humanitarian Architecture: Deciding Interventions, was lapped up by an audience of committed Lewesians. 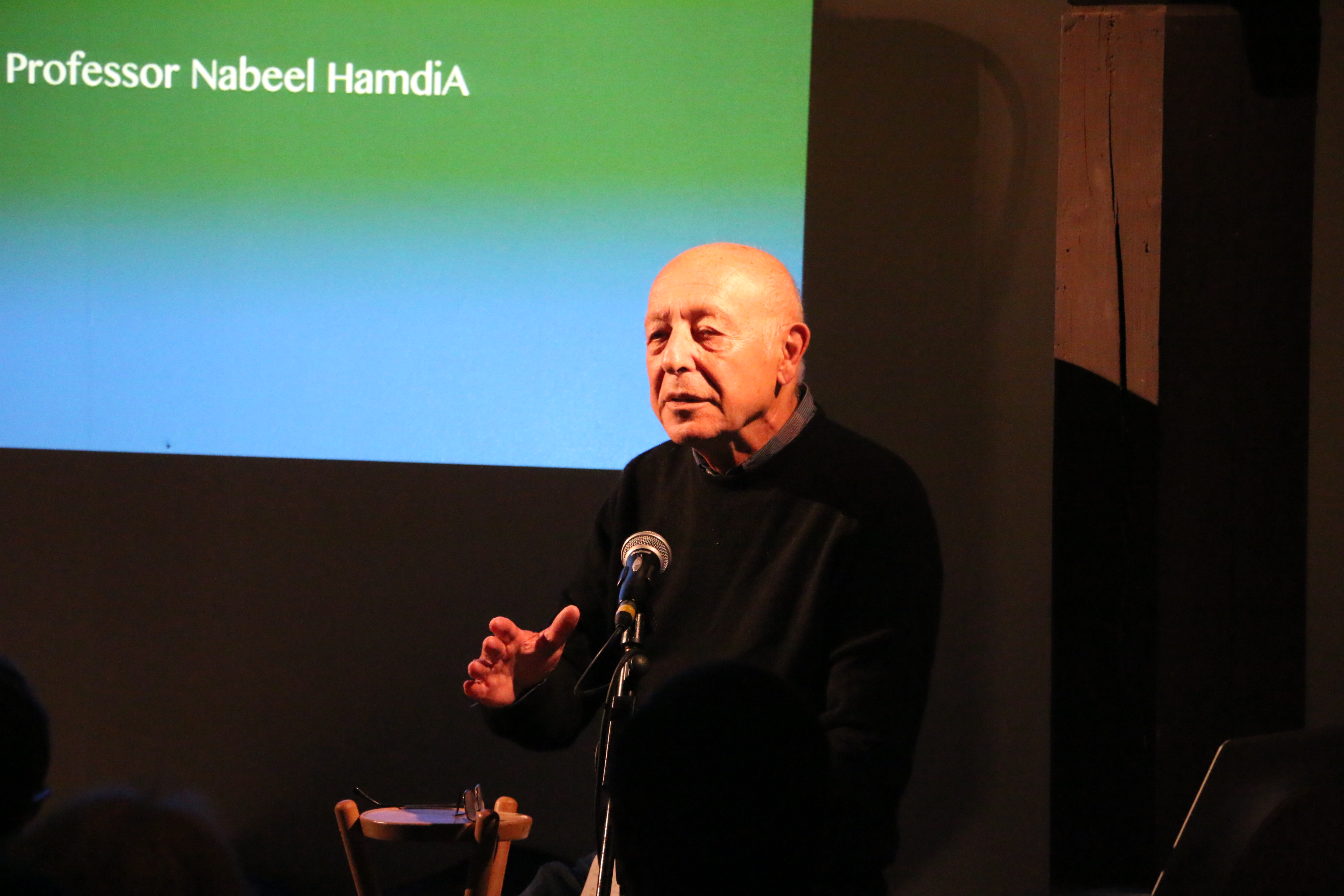 The following week Duncan Baker-Brown, Lewes’s very own high profile eco-architect and one half of BBM Sustainable Architecture, packed Fitzroy House out so that we were having to turn folks away even before the evening started. The night was in effect a book launch for his recently published The Re-Use Atlas, ML partnering with Baker-Brown. The talk profiled projects across different – if primarily European – parts of the world, which are leading the way towards realising the circular economy, through re-use, upcycling and Cradle-to-Cradle approaches to sustainability. The audience were sent home dreaming of how Lewes might also, maybe actually really,enact one or two of these inspiring examples.

Following on from the Baker-Brown evening, ML temporarily rehoused itself in Studio Hardie’s workshop at the far end of the Phoenix Estate for a double bill of woody related evening talks. This again was a partnership, this time with Ditchling Arts + Crafts Museum. The two speakers were Fred Baier, one of the true originals of the furniture making and design world, and the young Polish artist, Anna Bera, who had literally just completed her art residency at the museum, the previous dat. Baier gave a characteristically one-off and unique window into his work and life, mixing comedy and gravitas and leaving the audience rolling in the ailses, and calling out for an encore. Before this Bera had talked in conversation with the British Council’s Gian Luca Amadeil. ML’s audience headed for home with a warm glow on their faces, and probably in their hearts as well.

Earlier in the afternoon Bera and ML’s artist member Zuky Serper ran a very successful open Pop Up workshop in the Linklater Pavilion on the Railway Land Nature Reserve. Both artists have long worked with children, and it was particularly re-affirming to see and hear so many children with their parents, intently hammering, sawing, knocking and generally bashing away.

Back in Fitzroy House, the fifth and penultimate of the talks was again all about children, though also about how children and adults can co-learn together. Emily Charkin from WIlderness Wood, talked about her and her lapsed architect partner Dan Morrish’s reason’s for taking over Wilderness Wood in Hadlow Down and turning it into an experiment in open wild learning. Charkin’s Learning through Building talk made a persuasive case for the creativity and learning whichhappens when children – and adults – work, make, and build together in the outdoor without walls world. Charkin’s children, who she invited to also talk, spoke confidently about the experience from their perspectives, making a yet more persuasive case for wild learning happening down in the woods. 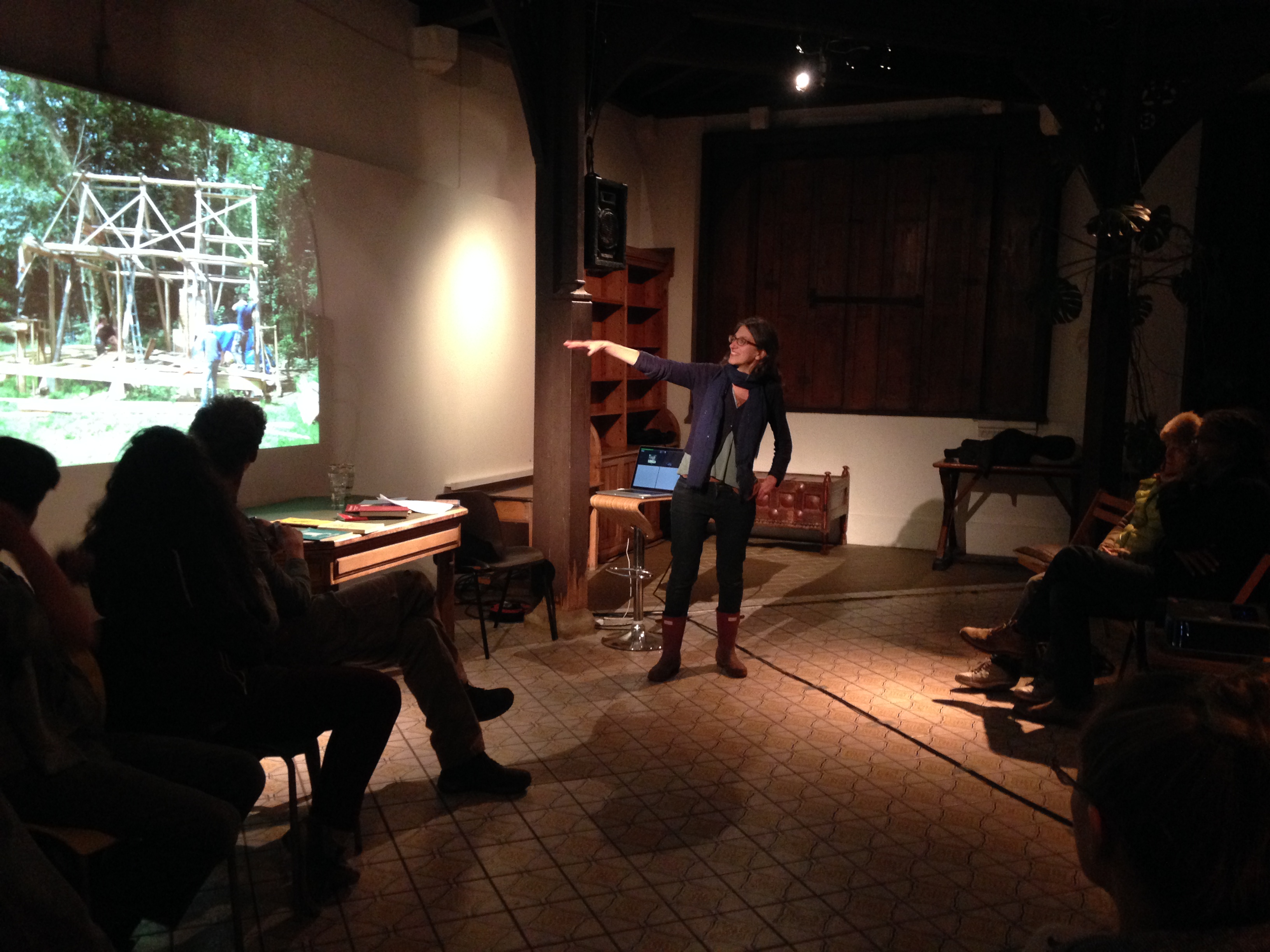 Finally, all the way from Reykjavik, Iceland, Hans Johannsson, arrived to give a mind-expanding presentation on violin-making in the 21st century. The wild northern island’s principle luthier, Johannsson has also turned his attention to a series of experiments aimed at broadening the understanding of both what violins could be in the new century – why no art nouveau violin, why no modernist violin? He asked  – and answered universal questions about the nature of sound and tone. Johannsson, a master craftsman and maker, is an inspiring illustration of just how far one can go with radical sonic ideas and technologies, while maintaining a fundamental link with the craft, if the curiosity and culture of questioning is there. It may have been the most ambitious of the talks conceptually given over the six weeks, but it left those present thought-provoked about the role, nature and possibilities of what it means to be a maker or crafts-person, if imagination and a taste for adventure are present and willing. 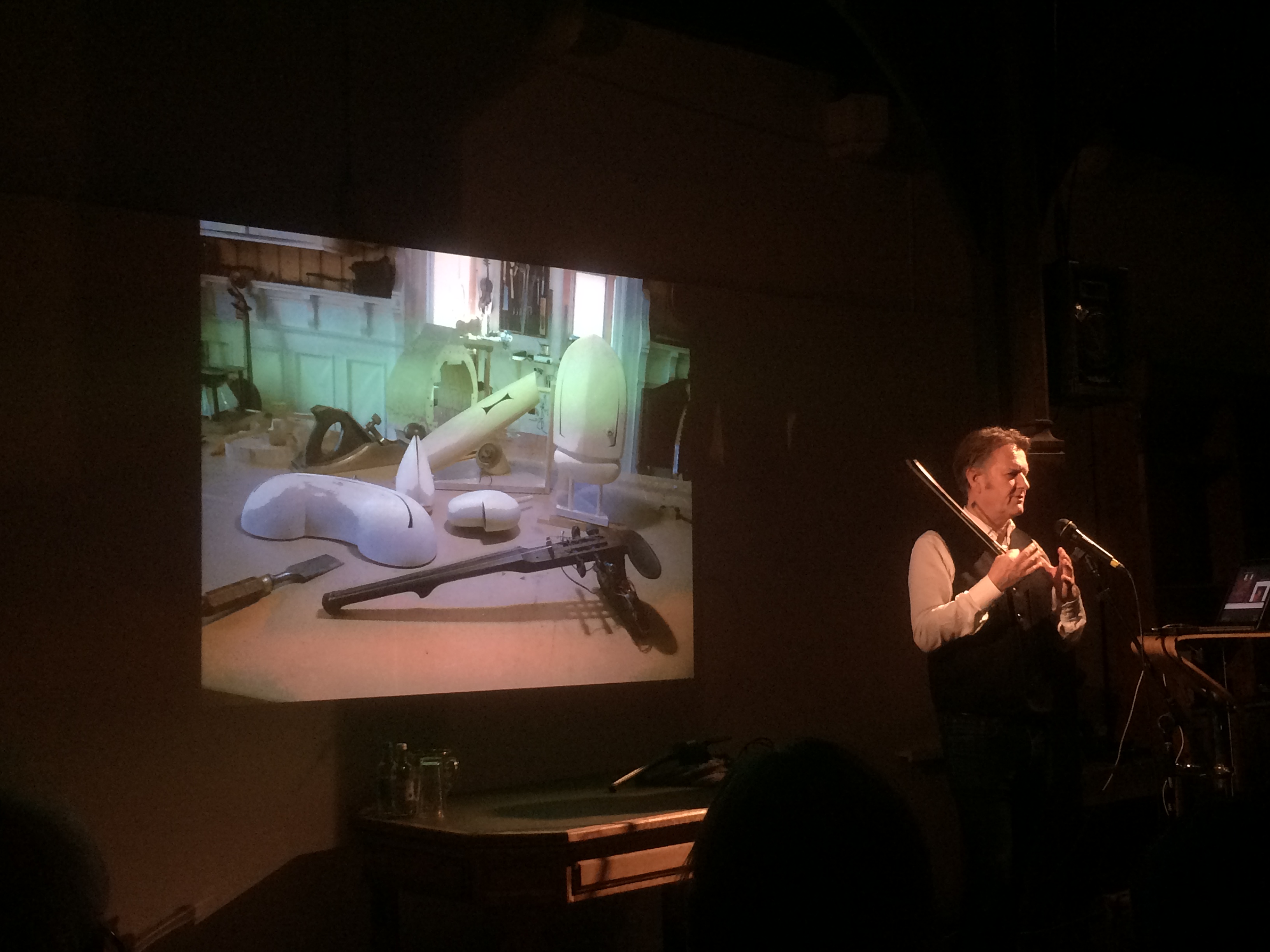 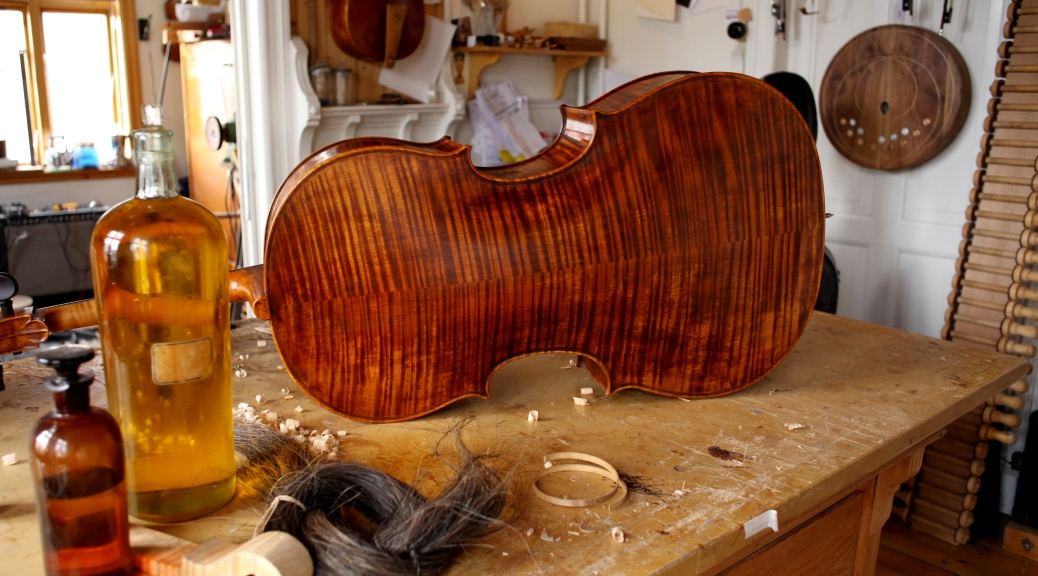 Join us on Friday for the last of this years Collaborative Kaleidoscope talks series, from Icelandic stringed instrument maker, Hans Johannson.

All the way from Reykjavik, Iceland, Johannson is the country’s principal luthier and violin-maker, and is the last speaker in the Living and working in the capital Johannsson has been practicing his music instrument craft since completing studies and training at Britain’s principal Newark School of Violin Making.

Alongside traditional violin making, Johannsson’s music and sonic interests are broad. He has developed a series of Twenty First century violins and other experimental stringed instruments, collaborating with fellow Icelandic artists and musicians, including Olafur Eliasson, and his son Ulfur Hansson, and is involved in various experimental acoustics research projects.

In association with Fourth Door